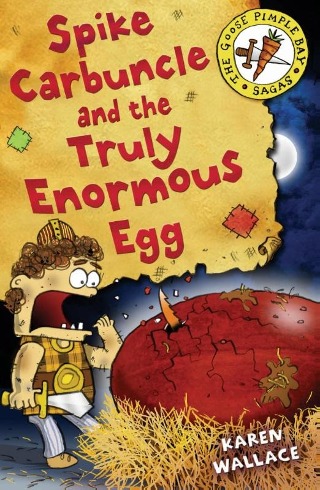 "Set in the Viking world of long boats, looting and grand adventure,The Goose Pimple Bay Sagas relate the hilarious tales of a noble familywith a difference.Spike Carbuncle is sick of being second in command to his weedybrother. So, when Spike's wife, Fangtrude, comes across a dragon's egg,together they formulate a plan to get rid of Whiff Erik, once and forall. There's just one hitch - dragon training isn't as easy as itsounds. What do you do when your dragon is terrible at breathing fireand prefers eating onions to live goats?"