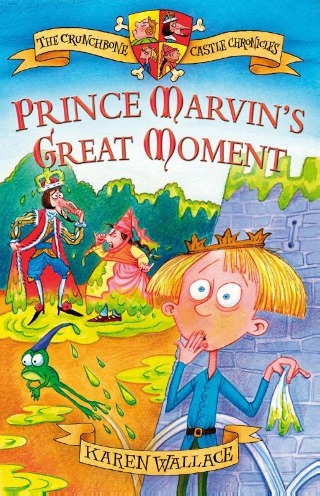 "Poor Prince Marvin, the Meek! His twin sister, Princess Gusty Ox may bebuilt like a battle ship but Marvin has always been a bit...physicallyfeeble. It's not surprising his sister bullies him. But, when hisfather King Cudgel's best suits are ruined by mysterious globs of greengloop, things get even worse. It seems that Harry the Hairy Green Gianthas caught a cold and the King orders Prince Marvin to sort him out. IfPrince Marvin can cure the giant and prove himself, his sister won't beable to bully him any more. But first he needs a little help fromCrackle the court magician... This is the second laugh-a-minutehistorical adventure in The Crunchbone Castle Chronicles."