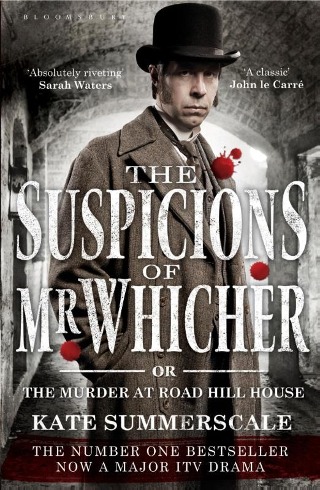 "It is a summer's night in 1860. In an elegant detached Georgian house in the village of Road, Wiltshire, all is quiet. Behind shuttered windows the Kent family lies sound asleep. At some point after midnight a dog barks.The family wakes the next morning to a horrific discovery: an unimaginably gruesome murder has taken place in their home. The household reverberates with shock, not least because the guilty party is surely still among them. Jack Whicher of Scotland Yard, the most celebrated detective of his day, reaches Road Hill House a fortnight later. He faces an unenviable task: to solve a case in which the grieving family are the suspects. The murder provokes national hysteria. The thought of what might be festering behind the closed doors of respectable middle-class homes - scheming servants, rebellious children, insanity, jealousy, loneliness and loathing - arouses fear and a kind of excitement. But when Whicher reaches his shocking conclusion there is uproar and bewilderment.A true story that inspired a generation of writers such as Wilkie Collins, Charles Dickens and Arthur Conan Doyle, this has all the hallmarks of the classic murder mystery - a body; a detective; a country house steeped in secrets. In The Suspicions of Mr Whicher Kate Summerscale untangles the facts behind this notorious case, bringing it back to vivid, extraordinary life."