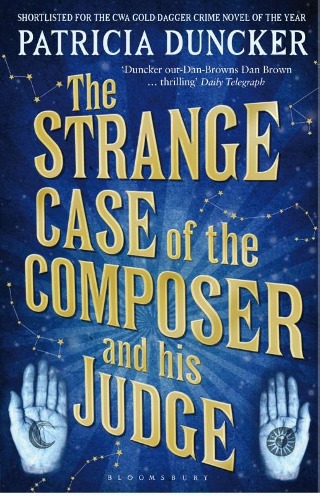 Patricia Duncker The strange case of the composer and his judge

"On a frozen New Year's Day a half-circle of dead bodies lies on freshly fallen snow in the French Jura. A nearby chalet contains the debris of a seemingly ordinary Christmas: champagne, presents for the dead children, and a strange leather-bound book, written in mysterious code, containing maps of the stars. When Dominique Carpentier, the Judge tasked with solving the mystery behind this suicide sect, discovers the book, she is lead to the Composer, Friedrich Groz, who is connected to every one of the dead. And so the pursuit begins. As Carpentier is drawn into a world of complex family ties, ancient beliefs and seductive, disturbing music, she becomes more and more determined to crack the case. But has she met her match in the Composer?"