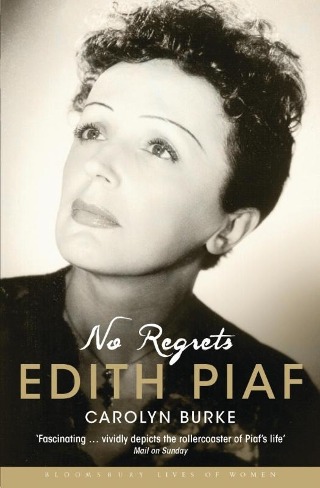 "Edith Piaf was one of the most greatly loved singers of the twentieth century. From the start of her exceptional career in the 1930s, her waif-like form and heart-wrenching voice endeared her first to the French, then to audiences around the globe. As she moved from her youth singing in the streets to the glamour of the Paris music-halls, Piaf formed lasting friendships with such figures as Maurice Chevalier, Jean Cocteau and Marlene Dietrich; she wrote many of her own songs, aided the Resistance in the Second World War, and mentored younger singers like Yves Montand and Charles Aznavour. Yet her path to stardom was full of tragedies - the death of her daughter in infancy; the death of Marcel Cerdan, her greatest love, in a plane crash; her many illnesses, affairs and addictions, all of which nourished her passionate performances and strengthened her enduring bond with audiences. In this mesmerising, definitive new biography Carolyn Burke gives us Piaf in her own time and place, illuminating through sympathetic readings of sources hitherto unavailable both the charm and the pathos of the `Little Sparrow' who enchanted generations and still enthralls us today."