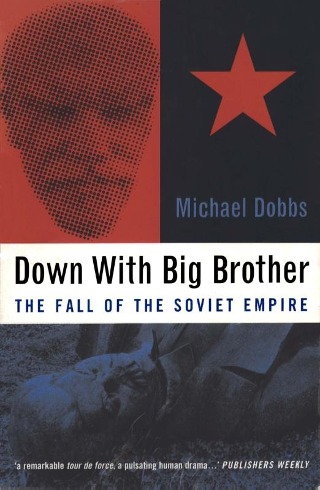 Michael Dobbs Down with Big Brother

"The author of this volume was present during the final decade of the Soviet empire, first for Reuters, then for the "Washington Post". While Dobbs watched, playwrights and elctricians were transformed into presidents, while Communist Party leaders became jailbirds or newly-minted tycoons. He identifies the seeds of destruction, and shows how Mikhail Gorbachev, in particular, was the unwitting inspiration for the upheaval of the empire, while he thought he could save the Communist Party by reforming it.;Dobbs' conclusion is that though Big Brother may be dead, his dark legacy is still alive in the turbulence in Russia, Romania, Bosnia and other countries that once made up the most brutal empire of the 20th century."