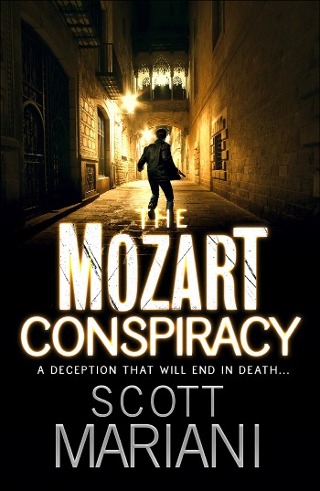 AN ELECTRIFYING AND UTTERLY GRIPPING MUST READ FROM THE MASTER BESTSELLERFORMER SAS OPERATIVE BEN HOPE IS RUNNING FOR HIS LIFE.Enlisted by the beautiful Leigh Llewellyn - world famous opera star and Ben's first love - to investigate her brother's mysterious death, Ben finds himself caught up in a centuries-old puzzle.The official line states that Oliver died whilst investigating Mozart's death, but the facts don't add up. Oliver's research reveals that Mozart, a notable freemason, may have been killed by a shadowy and powerful splinter group of the cult. The only clues lie in an ancient letter, believed to have been written by Mozart himself.When Leigh and Ben receive video evidence of a ritual sacrifice being performed by hooded men, they realise that the sect is still in existence today...and will stop at nothing to remain a secret.From the dreaming spires of Oxford to Venice's labyrinthine canals, the majestic architecture of Vienna and Slovenia's snowy mountains, Ben and Leigh must forget the past and race across Europe to uncover the truth behind THE MOZART CONSPIRACY...An electrifying and utterly gripping must read for fans of Dan Brown, Sam Bourne and Ludlum's Bourne series.BEN HOPE is one of the most celebrated action adventure heroes in British fiction and Scott Mariani is the author of numerous bestsellers. Join the ever-growing legion of readers who get breathless with anticipation when the countdown to the new Ben Hope thriller begins ... Bron: Flaptekst, uitgeversinformatie