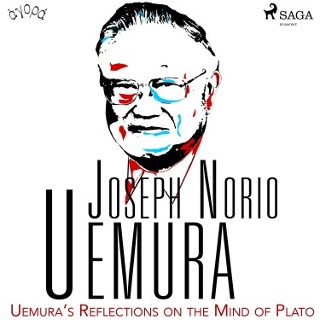 Joseph Norio Uemura Uemura’s Reflections on the Mind of Plato

"Plato was not a Platonist! I would like to show . . . that anyone who reads the dialogues of Plato without bias or an ax to grind will find a humorous, witty, pleasant friend; and not a desiccated scholarly mandarin. Plato was an open-minded, tolerant, reasonable individual, not a tight-lipped, pietistic, puritan. In a word, Plato was an Athenian, not a Spartan!" In the twenty-four centuries that have passed since the Athenians put Socrates to death, every generation has interpreted the meaning of Plato’s work differently. Joseph Uemura guides us through six dialogues in an effort to promote a dialectical quest rather than seek a final resting place. Plato’s dialogues treat the big questions that confront any thoughtful person. "Eythyphro" explores religion, "Phaedo" reflects on mind, "Theatetus" examines knowledge, "Sophist" probes being, "Phaedrus" reflects on art, and the "Republic" ponders society. All great literature must be experienced first-hand. Because it is not self-explanatory, it must be interpreted and evaluated. Professor Uemura’s reflections serve as a touchstone by which to test every new reading of Plato’s work. Professor Emeritus at Hamline University, Joseph Uemura has taught philosophy at small liberal arts colleges since he completed his Ph.D. in philosophy at Columbia University. During his career he has held two endowed professorships and transformed the lives of an uncounted number of students. His primary medium is the mind of his students, where he has recorded indelible ideas against which, as Nietzsche said, "time tests its teeth in vain." Although the crisp and witty prose of many of his essays and talks captures the essence of Plato’s core philosophy, it is the minds of his students where his lasting contribution persists not for the moment but for all time. Bron: Flaptekst, uitgeversinformatie