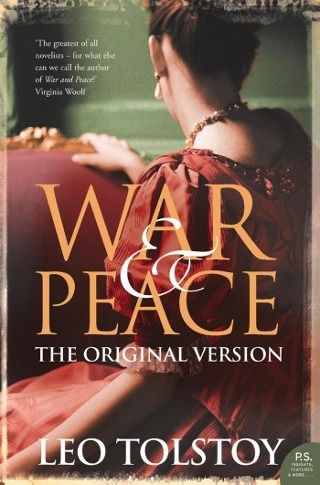 An alternative version - the one Tolstoy originally intended, but has been hitherto unpublished - of Russia's most famous novel; with a different ending, fewer digressions and an altered view of Napoleon - it's time to look afresh at one of the world's favourite books. 'War and Peace' is a masterpiece - a panoramic portrait of Russian society and its descent into the Napoleonic Wars which for over a century has inspired reverential devotion among its readers. This version is certain to provoke controversy and devotion in equal measures. A 'first draft' of the epic version known to all, it was completed in 1866 but never published. A closely guarded secret for a century and a half, the unveiling of the original version of 'War and Peace', with an ending different to that we all know, is of huge significance to students of Tolstoy. But it is also sure to prove fascinating to the general reader who will find it an invigorating and absorbing read. Free of the solemn philosophical wanderings, the drama and tragedy of this sweeping tale is reinforced. His characters remain central throughout, emphasising their own personal journeys, their loves and passions, their successes and failures and their own personal tragedies. 500 pages shorter, this is historical fiction at its most vivid and vital, and readers will marvel anew at Tolstoy's unique ability to conjure the lives and souls of Russia and the Russians in all their glory. For devotees who long for more, for those who struggled and didn't quite make it to the end, or for those who have always wanted to know what all the fuss is about, this is essential reading. Bron: Flaptekst, uitgeversinformatie