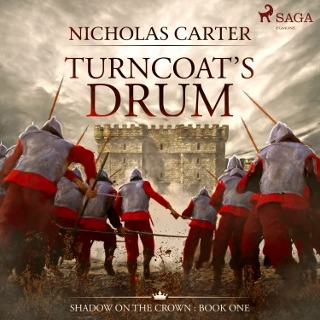 The country is in turmoil in this thrilling historical adventure of the English Civil War. It is 1643, and the struggle between Parliament and the King erupts in the West Country, tearing families apart and setting village against village. But for some, this fight is not only about crown and country: it is far more personal than that. Royalist soldier Hugo Telling wishes Parliamentarian William Sparrow dead. This rivalry will take them across battlefields the breadth of England, and all for the love of a beautiful woman... An action-packed historical adventure, the first in The Shadow on the Crown series, is perfect for fans of Conn Iggulden and Bernard Cornwell.  Shadow on the Crown author Nicholas Carter is based in the West Country and has been working on his English Civil War series – on and off – for more than 30 years. A writer and journalist since leaving school, Nicholas says joining the Sealed Knot gave him priceless insights into the period – and says many of the events and characters in the books are inspired by his experiences re-enacting battles from the Scottish Highlands to Cornwall.  In addition to his English Civil war series Nicholas has written two novels based on the Italian Wars and also penned a brace of steampunk fantasy novels. He is working on volume seven of the Shadow on the Crown – Forlorn Hope – plotting the New Model Army's siege of Bristol. Bron: Flaptekst, uitgeversinformatie