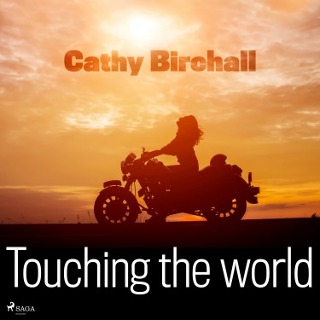 "Touching the World" is the extraordinary story of Cathy Birchall, a blind woman, who set off with her companion Bernard Smith, to become the first blind person ever to circle the world on a motorbike, an 18-year-old BMW R100. What transpired has become an inspirational, worldwide story that challenges people to question their own self-imposed boundaries. From desolate and dangerous mountain roads, difficult border crossings and numerous mechanical breakdowns, to climbing Wayna Picchu (first ever blind woman to do so) and riding an elephant mounted from the front (via its trunk!) – not to mention a poignant visit to the Centre for Blind Women in Delhi where they talked to women abandoned by their husbands, and an (inadvertent) overnight stay in a Kosovan brothel – this book has it all, travel, adventure, triumph over adversity, and through it comes a real sense of just what it means to be blind. Her heart-warming writing reflects a vivid account of the world, often hilarious and always positive. Cathy Birchall has been blind since she was in her mid-20's. Following the death of her husband of 19 years and finding herself blind and alone, she put herself through college and became a Further Education Lecturer. Within this role she met Bernard Smith, and then took a year off from her job with Action for Blind People to go on this journey. Bernard, a motorcyclist for over 30 years, and a former teacher then working for the RNIB, had an ambition to circle the world. On their return from their trip Cathy went through treatment for cancer from which she is recovering. Bernard is now retired, but does a little consultancy. Bron: Flaptekst, uitgeversinformatie