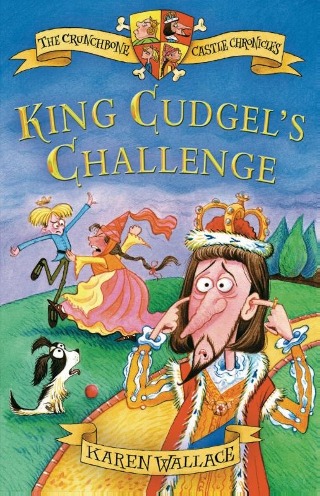 "Pity King Cudgel! His twin children - Prince Marvin the Meek and Princess Gusty Ox - fight all the time. And ever since his wife, Queen Carrion, disappeared after going out dragon hunting, no one has been able to stop them. As a last resort he devises a challenge for them with the help of Cackle the court magician. If the twins fail, King Cudgel will hand over the kingdom to their soppy cousin, Godric, the Geek - an unbearable thought! King Cudgel's Challenge follows the painful and hilarious process of Prince Marvin and Princess Gusty Ox as they learn to get on with each other and is the first title in a series of laugh-out-loud historical adventures."