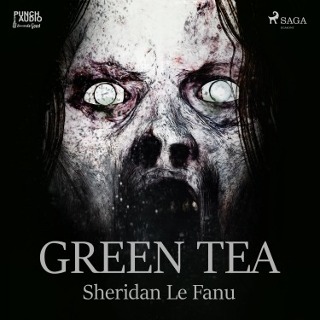 "Green Tea" tells the haunting story of a man plagued by a demonic monkey. The unnamed narrator, a trained surgeon who can’t practice because of the loss of two of his fingers, is organising the papers of his deceased mentor, the famous German physician Dr. Martin Hesselius. In doing so, he stumbles upon a strange case, dating back sixty-four years. Joseph Sheridan Le Fanu (1814-1873) was an Irish writer, known for his ghost and paranormal stories. He studied law at Trinity College in Dublin. His first ghost short story, "The Ghost and the Bone-Setter," was published in the Dublin University Magazine in 1838. After the death of his beloved wife in 1858, Le Fanu closed himself off from the world but continued to write. He is mostly remembered today for his "Uncles Silas" (1864) and "Carmilla" which played an important role in the portrayal of vampires in fiction. Bron: Flaptekst, uitgeversinformatie