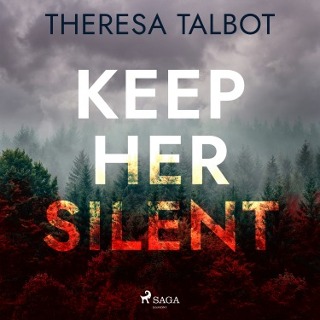 Oonagh O'Neil is back with another dark and chilling investigation. 'Do that which is good and no evil shall touch you.' This is the message the so-called Raphael killer leaves on each of his victims. A clue - and a reminder - that three decades later they're still at large. When investigative journalist Oonagh O'Neil is given a tip off about one of the biggest tragedies to hit the NHS, the tainted blood scandal, she can't help but spot that the two seemingly different events could be linked. People were dying at the hands of those who were meant to save them and with a scandal this huge, those responsible will stop at nothing to keep it quiet... Could Oonagh be the key to piecing together the web of lies in order to catch the killer? Authentic and gritty, 'Keep Her Silent' is a gripping and page-turning thriller that will leave you breathless. What people are saying about Theresa Talbot: 'I could hardly read fast enough!' Ourbookreviewsonline.blogspot.co.uk 'In Oonagh O'Neil, the author has created a fascinating, flesh and blood character. Someone who pops from the page and someone, dare I say it, who would be great fun to go for a drink with' Crimesquad.com 'A good mystery with many unexpected twists... It keeps you turning pages the whole time' Cynthia Moskal Perfect for fans of Susie Steiner, and Karin Slaughter, Patricia Gibney. Theresa Talbot is a BBC broadcaster and freelance producer. A former radio news editor, she also hosted The Beechgrove Potting Shed on BBC Radio Scotland, but for many she will be most familiar as the voice of the station's Traffic & Travel. Late 2014 saw the publication of her first book, 'This Is What I Look Like', a humorous memoir covering everything from working with Andy Williams to rescuing chickens and discovering nuns hidden in gardens. She's much in demand at book festivals, both as an author and as a chairperson. 'The Lost Children' was Theresa's debut crime novel. Bron: Flaptekst, uitgeversinformatie