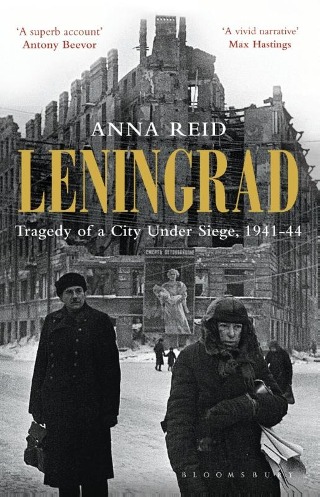 "On 8 September 1941, eleven short weeks after Hitler launched Operation Barbarossa, his brutal surprise attack on the Soviet Union, Leningrad was surrounded. The siege would not be lifted for two and a half years and during the 872 days of blockade and bombardment as many as two million Soviet lives would be lost. Had the city fallen, the history of the Second World War - and of the twentieth century - would have been very different.Leningrad is a gripping narrative history interwoven with personal stories - immediate accounts of daily siege life drawn from diarists and memoirists on both sides. These twentieth-century European civilians living through unbearable hardship reveal the terrible details of life in the blockaded city: the all-consuming and daily search for food; crawling up ice-rounded steps on hands and knees, hauling a bucket of water; a woman who has just buried her father noticing how the cemetery guards have used a frozen corpse with outstretched arm and cigarette between its teeth as a signpost to a mass grave; another using a dried pea to make a rattle for her evacuated grandson's first birthday, and putting it away in a drawer when she hears, six months later, that he has died of meningitis. In Leningrad, Anna Reid answers many of the previously unanswered questions about the siege. How good a job did Leningrad's leadership do - would many lives have been saved if it had been better organised? How much was Stalin's and Moscow's wariness of western-leaning Leningrad (formerly the Tsars' capital, St Petersburg) a contributing factor? How close did Leningrad come to falling into German hands? And, above all, how did those who lived through it survive?"